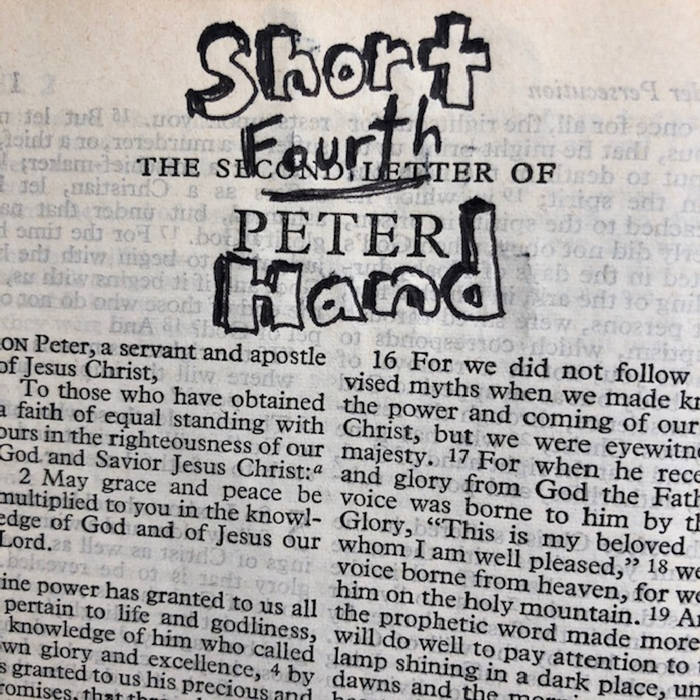 Fourth Peter is like Third Peter but it's one number higher. Frequently, the songs feel like they're going to fall off a cliff, but instead, they just stand there looking out over the valley. Some people might say, "well, that looks like the valley of the shadow of death" and, sure enough, that's basically what it is.

All songs written and recorded by Peter Davis
Banjo and Mandolin on "Low Beneath the Ground" and "Muddy Waters Record" by Doug Sauter
Mastered by Kyle P. Snyder